Below you will find links to connect to various online platforms we use to connect with one another. If you are new to DCC we'd love to get to know you.

Following the links you will find a list of our weekly events.

A secure online directory tool for our DCC family. If you need login credentials, contact the church office.

An easy way to check in on daily news.

This link will take you to a page of resources.

Check out our online Calendar!

Zoom is another online conferencing tool used by some of our groups. To create a Zoom account use this link.

Get the Phone App

Our phone app is a great way to access our teaching videos, DCConnect, church calendar and more. Available for iPhone & Android 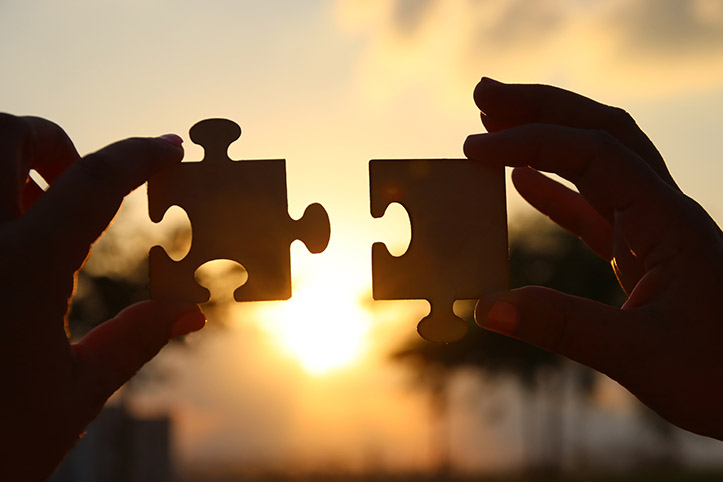 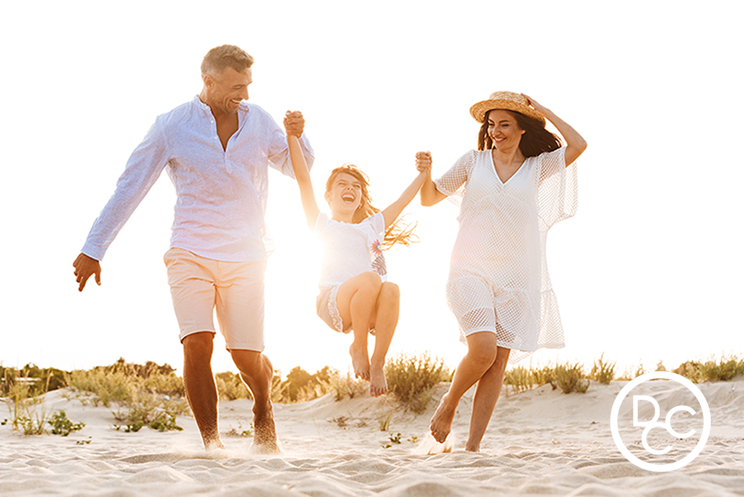 Missed past Sunday services or DCC Today's? They are still available on YouTube and our Facebook page.

Do you or someone you know have a financial need?
If you are in need or know of someone who is, our Benevolence Team is here to help. Thanks to the generosity of many, we have a fund that can assist with many daily or special needs for our DCC family. Call the office for more information.

Faith-Based Emotional/Relational Guidance
Gary and Nancy Stack are available by appointment to meet with you either in person or online. To make an appointment with Gary or Nancy call them directly. If you don't have their numbers, call the church office.

RightNow Media
If you haven't checked out this amazing resource, call the office or email us at info@dcchurch.org to receive an invitation to join. New resources are added often, so if you haven't looked at RightNow Media recently, check it out.

Helping Hands
Do you need a ride to a doctor's appointment, someone to help with shopping, etc.? Our Helping Hands team is ready to step in and meet those needs. Please don't hesitate to ask by calling the church office or sending an email to info@dcchurch.org. 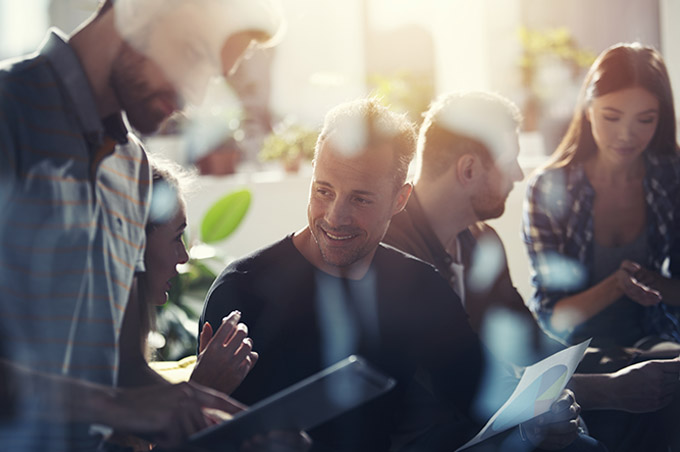 In the midst of all that occured in 2020, Dungeness Community Church's Youth Director Darren Sweeney flew to California to help his friend Rob DeCou compete what may very well be the toughest triathalon in the world, the Uberman. What's interesting about Darren teaming up with Rob down to why Rob chose to run the race in the first place. In this article Rob DeCou describes how he and Darren first met, how that changed his life, and how Darren's future work as missionary/global work for Dungeness Community Church led to Rob competing in what is known as "the worlds hardest endurance race."

Over 20 years ago Darren Sweeney was asked by John Rickenbacker, the then youth pastor at Independent Bible Church in Port Angeles, to pray for a person they thought would never come to Christ. Darren prayed for me. It took a month of Darren praying. Then one random evening after a wrestling meet I walked up to Darren, pushed him aside and asked him, “How are you so happy?”. To which Darren replied, “Jesus Christ”. I responded, “I don’t want to hear about that religion crap, how are you so happy?”. Darren responded, “It’s not religion it’s a personal relationship with a loving God”. That night, back in 1996, was the day that I accepted Christ as my personal savior, and was a catalyst for a lifelong friendship between Darren and I.

Joining the Fight Against Human Trafficking 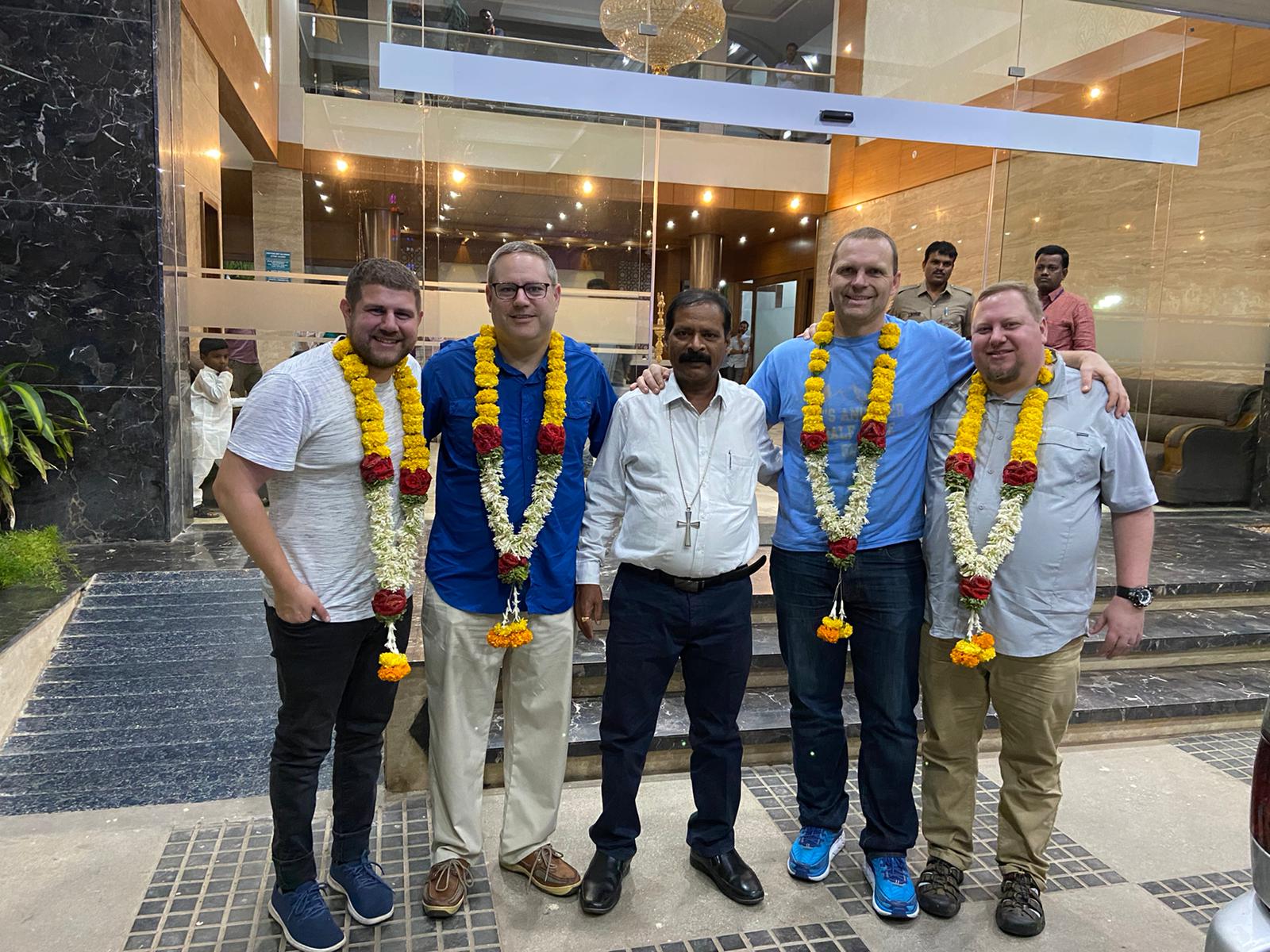 Over the years Darren and I have kept in touch from a distance and then two years ago our relationship had a new spark as I was gearing up to raise awareness and finances through Rotary International in the fight against human trafficking. Darren had mentioned he was going to a training in Portland, Oregon with HOPE61 where they were doing a weekend workshop around the fight against human trafficking. I decided that I would make time to travel to Oregon mainly to reconnect with Darren after he had been out of the country in Mozambique the past year and also to gain a little more insight into the cause that I had committed to for this current season in my life.

The weekend in Portland was transformative. I unexpectedly arrived into a Multiply training event where the purpose was to train members of the HOPE61 team as trainers that could lead workshops around the world and train other people in how to help be a resource in fighting trafficking in their own communities. The leadership team and the participants were incredible, and it was a joy to reconnect in person with Darren. After the weekend I committed to have HOPE61 join as one of the groups we were raising money for in the following years campaign that I was taking part in. As an ultra endurance athlete, I’ve spent years devoting my life to the art of combining my passion for passing through some of the most grueling physical experiences in the world with raising funds and awareness for noteworthy causes. It may seem an odd link to some, but if you’ve ever gone after something way outside your current capacity range, having a massive purpose and community behind you in pursuing these endeavors is essential.

Training For the Uberman

The event that I had in mind for 2020 was a stretch for me and I feel like a culmination of a lifetime of smaller events leading up to it. I discovered the event known as Uberman a few years earlier. Uberman is a combination of three individual events. Each event by itself is massive accomplishment, that would proove daunting to most athletes. To do all three in succession is incomprehensible to most. 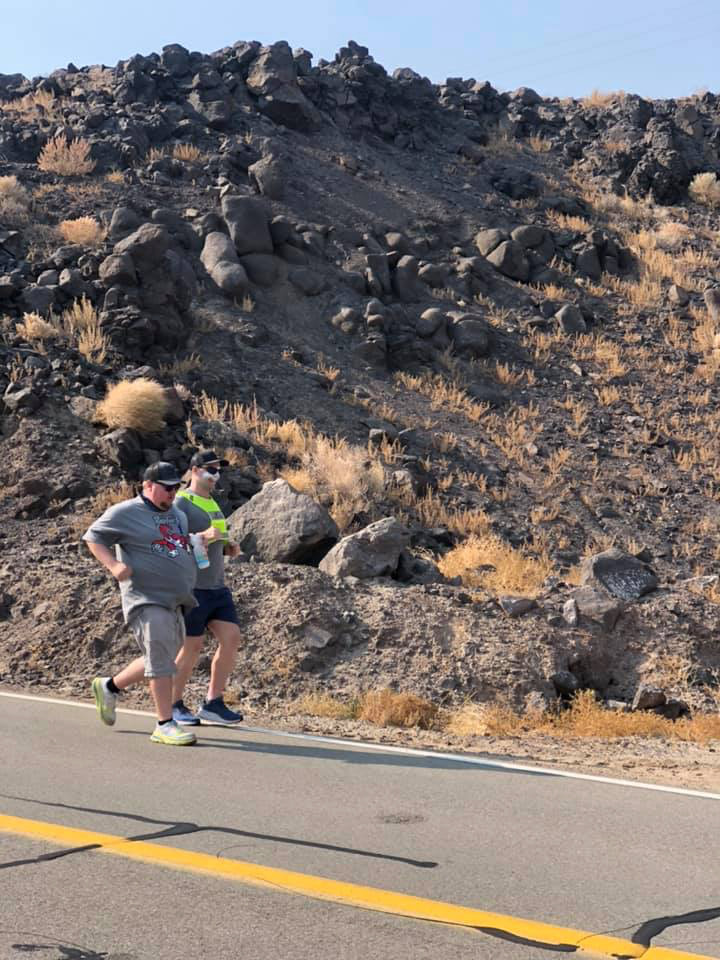 The Uberman is known as the “World’s Toughest Ultra-Endurance” race. The course includes a 21-mile swim from Catalina Island to Palos Verdes, followed by a 400-mile cycling ride from Palos Verdes to Badwater Basin in Death Valley and finishes with a 135 mile run to the Mt. Whitney Portal. The event is basically about 9 times the swim distance of an ironman, 3.5 times the cycling distance, and 5 times the marathon distance.

During the year leading up to the Uberman race I had the opportunity to work with Darren, Lori, Tom and Tonya who are all a part of the HOPE61 leadership team. Darren and I took a 10-day trip to India, the country I had visited in high schoolas a Rotary Exchange Student and finally had a chance to revisit, now as an adult. After returning from India at the end of January 2020, within months the whole world seemed to had shifted and pretty much all of my planned races leading up to Uberman were cancelled. It’s interesting when you make a commitment and decide that you are “All In” what you have to go through to see that goal to fruition.

Moving Back to the Olympic Peninsula

This past year my family and I moved back to my hometown of Port Angeles, Washington, and I was able to pick up my training without a hitch; only this time with the added benefit of being closer to my 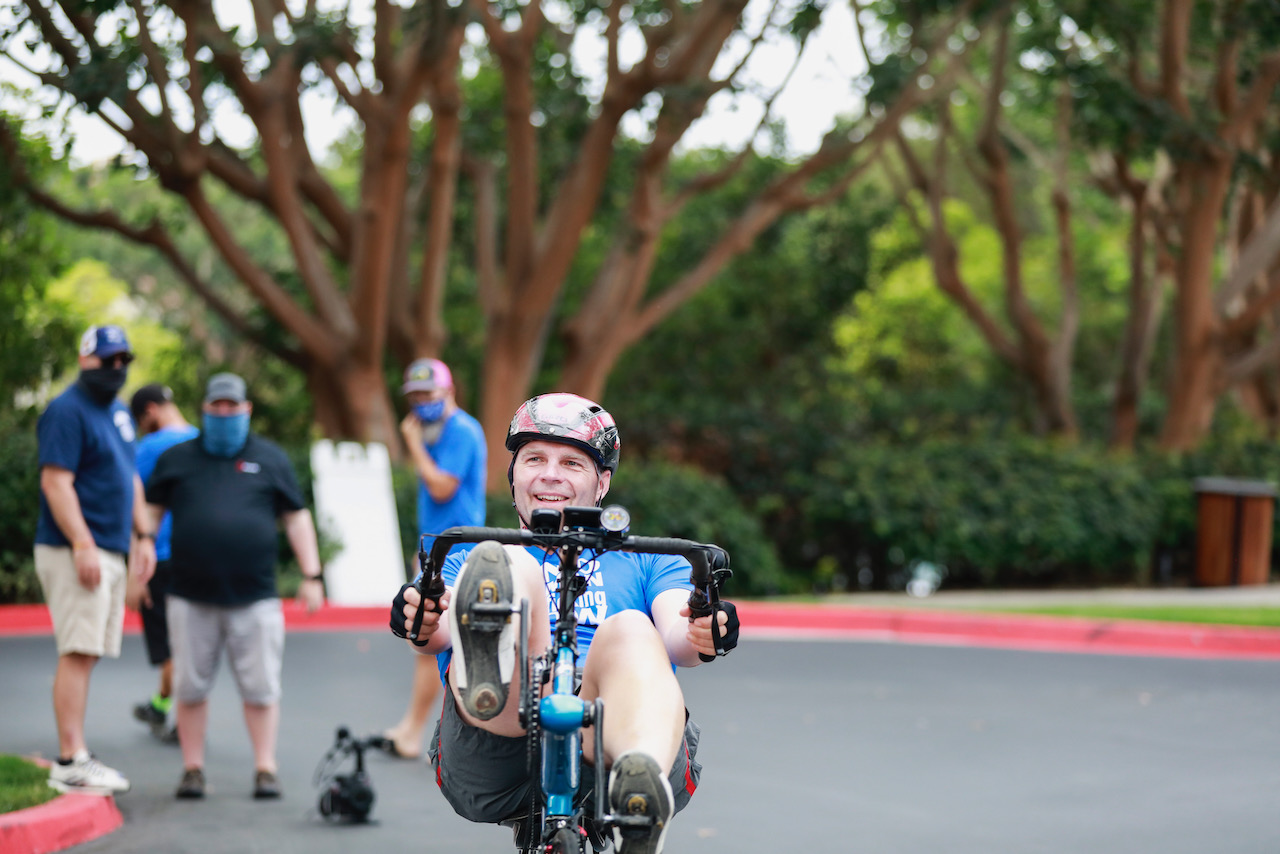 childhood friends including Darren Sweeney. Darren came out and supported me on some of the events including a redemption ride on the 1,000k (625 mile) cycling event known as the Race Across Oregon which I had attempted years before and not finished but had a successful experience this go around. Then with Uberman Darren wanted to be involved, and as it turned out, I ended up needing him to help out rather extensively with crew during the week long adventure. 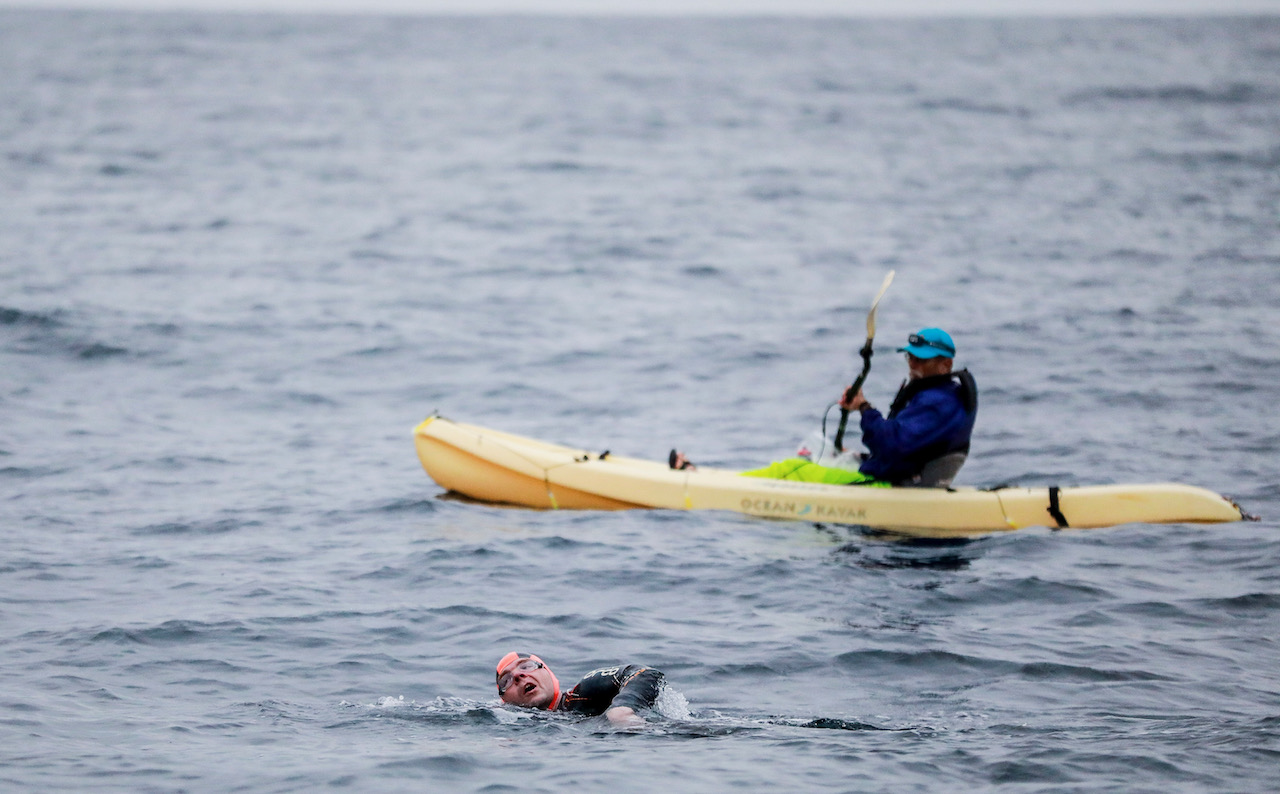 while Darren and the rest of the crew bounced around on the boat in the rolling waves of the Pacific Ocean. The cycling was fairly uneventful except for a crash when I managed to fall asleep while riding on the second day and was a little worse for the wear. The 135-mile trek through Death Valley is simply incredible and a journey that holds a special place in my heart. Darren walked with me a few miles on the first day, and then on day 2 with a little coaxing from myself and the course record holder Adam Scully Powers, Darren walked 10 miles for a total of over 14 miles and covering 1/10th of the distance of what is known as the World’s Toughest Footrace.

An Enduring Friendship Beyond the Race 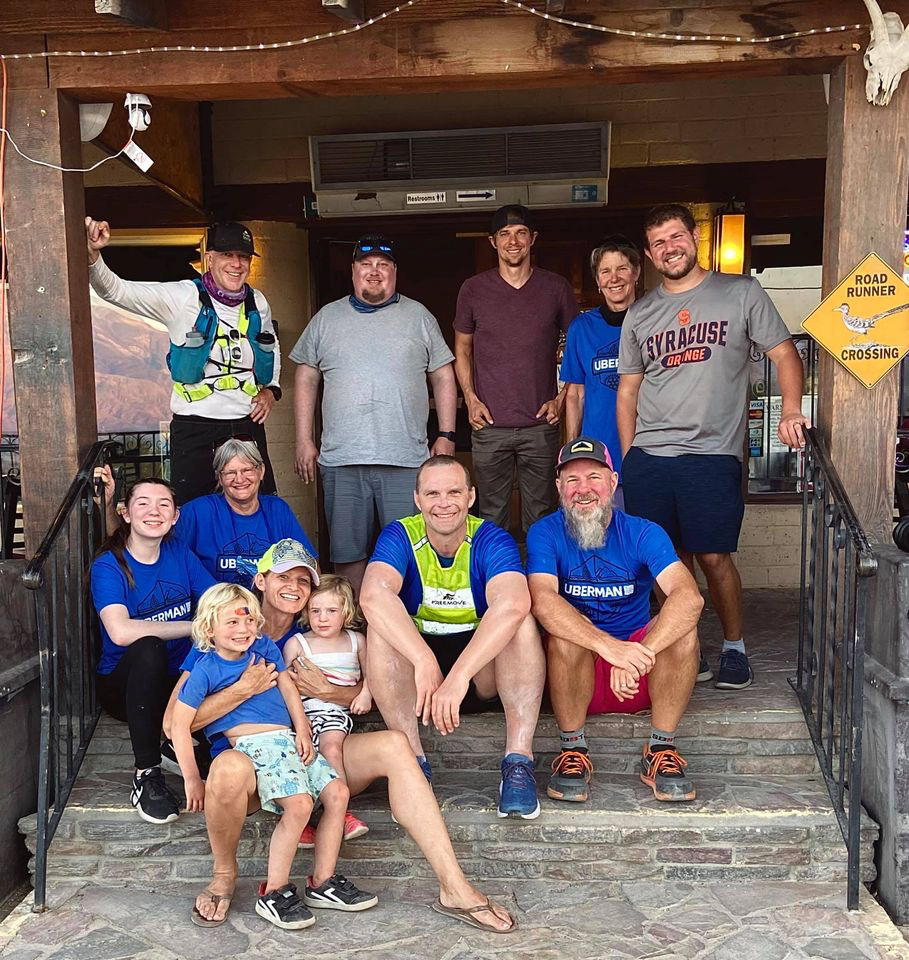 After returning from a successful completion of Uberman I’ve continued to spend time with Darren, watched him grow in his ministry, and more exciting for me we’ve started walking together and recently Darren completed his firsthalf marathon as he trains up for finishing his first marathon later this year. It’s pretty incredible to continue to walk out our friendship in ministry, fitness, and life. The path of our friendship and the lifelong bond that we share wouldn’t be possible if that young version of Darren hadn’t taken the time and devotion to pray for a kid that he thought was the least likely to come to faith. I’m grateful for Darren and for John for helping high schoolers realize that the unlikely or improbable is achievable.

This article was written by Rob DeCou.
Click here to learn more about Rob and his fight against human trafficking. 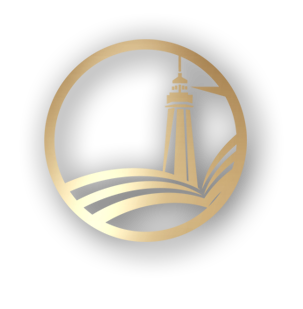